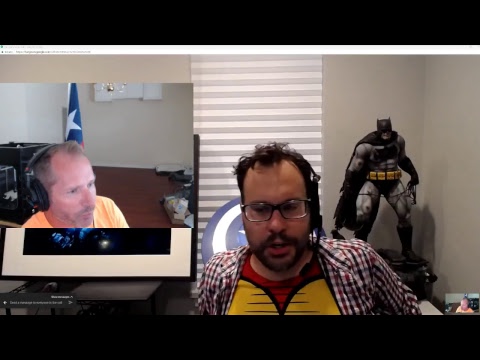 Let me tell you a little story about my day at work as a financial advisor.

On Monday, a client with a regular brokerage account wanted to sell her stock and have the funds directly deposited into her checking account held with a separate bank. I told the client that the settlement date for the funds to become available in cash will be three business days, Thursday, as it takes T+3 for an investment to settle / or convert from an investment to cash... Then I told her, "after that it's 24-48 business hours for the funds to clear in her checking account through ACH (automated clearing house) , so the latest would be Monday but likely Friday. Then I realized she didn't have the appropriate "Funds Transfer Service" (FTS) paperwork on file.... therefore we won't be able to initiate the deposit until I email her the blank document which she can print out, fill out by hand, sign it, attach a blank check to it so we have the account number & routing number, then either fax it back to us which will take 48-72 business hours to process. If she doesn't have access to a fax machine she has to mail it which can 7-10 business days to arrive and be processed. I told her she can't email the document back to us because email is not a secure enough method for transferring such sensitive information.
The client was upset about all this bull shit she had to deal with just to get her money. I told her the alternatives were to do a wire transfer on Thursday, when the stock trade settles, which should arrive in her account on Thursday but could be as late as Friday. However that costs $30. Or we can send her a check which will take 7-10 business days to arrive. Or in other words, 13 business days from when the stock was originally sold.
After I got off the phone with her I stared at my computer screen and had this wonderful epiphany followed by laughter about how ridiculous, inefficient, and archaic the entire financial system is.
With bitcoin, the stock trade would have settled within an hour and then the money instantly transferred into her wallet, also settling within an hour.
No fees. No hassle. No long waits. No security risks. No paperwork required.
So here we are in 2015. We have this wonderful blockchain technology with bitcoin that can cut through all this bull shit. It allows instant, global, cheap, secure, and overall easy transfer of value from one person to another....... yet people think it's never going to gain any traction. Are you fucking kidding me!?!
So that was my day at work yesterday. How was yours?

Is everyone aware that MGTI capital and Bitmain are in bed together?

Ok guys just want to make sure you all are aware of this ... Last year John McAfee built a dream team at MGTI capital that included Roger Ver, Erik Voorhies, Bruce Fenton and more BTC big names along with skilled hackers/devs. Then he cut a deal to borrow 1.35million from Bitmain (Jihan Wu)in exchange for a piece of MGTI. This group is now a team whether that is public or not. There is no doubt what coin they now support. The press releases below lay it all out. To me it is obvious they stand behind BCH. So when you see and comments from them know what their end goal is. This groups is on the same page and want to make money. I believe they are doing that by supporting BCH and will make that public when they are ready. This would bring together the largest Chines miner and the largest US based miner on to support BCH.
http://www.investopedia.com/news/mgt-capital-doubles-down-bitcoin-mining-mgti/
http://markets.businessinsider.com/news/stocks/MGT-Capital-Provides-Bitcoin-Mining-Update-1002265872
MGTI (John McAfees new company) announces that Roger Ver and Bruce Fenton joined the company as advisors.along with Erik Voorhies. Then MGTI announces
https://bravenewcoin.com/news/mcafees-mgt-capital-partners-with-bitmain-to-create-western-mining-hub/
https://insiderfinancial.com/mgt-capital-investments-inc-nysemktmgt-becoming-a-bitcoin-player
https://news.bitcoin.com/ver-voorhees-fenton-john-mcafee-security/

10/19: Jeff Berwick outlines in the Dollar Vigilante the New Crypto Order including: XBT, ETH, EOS and the US$ debt transfer.

'''
I offer possibity #4, poor bruce_fenton is not aware of how controlled he is. He is bad at his job, but he is still doing his job. And we know what his job is! It is control, it is power, it is concentrated.
And it is fucked. Bitcoin, and more to come. Good will be heard through tech like Automation and Bitcoin. The stupid fucks stopping our population from growth, will probably still be the ones closest to God, and STILL powered.
Or, the stupid FUCKS stopping our population from growth will be on an equal playing field for the first time in their existence. And they will lose. But their loss, means humanities gain. Net humanity, net universe gain.
None the less, we need to be incredibly smart, bitcoiners! Do NOT let anyone corrupt our decentralized store of value. The stock market will burn from their greed, and bitcoin will rise, and in the ashes we will create a better world :). Automated, and filled with love. Jews hate GOD, and LOVE, and we will bring it.
'''
Context Link
Go1dfish undelete link
unreddit undelete link
Author: super-bad

Bruce Fenton. Jan 9 · 2 min read. I am pleased to announce that I have activated my license as a FINRA Series 7, General Securities Representative with Watchdog Capital, an SEC registered broker ... Bruce Fenton’s History with Traditional Finance. Bruce Fenton is widely known for his involvement with both Bitcoin and Ravencoin. What some don’t know however, is his history with finance. In fact, Fenton’s career is embedded in traditional finance. At the age of 14, he started his first job at a brokerage firm. At 19, he received his ... Articles by Bruce Fenton on Muck Rack. Find Bruce Fenton's email address, contact information, LinkedIn, Twitter, other social media and more. From stock broker to Bitcoin Investor.. Bruce Fenton became involved with Bitcoin in 2012 and has been involved full time in Bitcoin and the blockchain industry since 2013. He currently holds a number of different roles including: Founder/ President of Atlantic Financial / Atlantic Financial Blockchain Labs; Founder, CEO, Chainstone Labs; Board Member and former Executive Director of the ... Longtime Bitcoin advocate Bruce Fenton discusses his early days in Bitcoin, scaling debates, the pros and pitfalls of a purely Bitcoin maximalism and his outlook on privacy. Twitter: Sponsors: DISCLAIMER: The following content is for informational purposes only. You should not construe any such information or other material as legal, tax, investment, financial, or other advice. Nothing ...

On-chain events come at you fast. How to make sense of it all? The smartest analysts tracking crypto-assets will boil it down into one chart for you. Questio... Bruce Fenton 509 views. 11:36. Plan₿ on Bitcoin’s Stock to Flow - Duration: 57:33. What Bitcoin Did 12,328 views. 57:33. HOW TO to Prepare for Recession WHAT HAPPENS TO BITCOIN in a ... Bruce Fenton talked to Bitsonline about his current projects, why he thinks the Cypherpunk ideology is essential to blockchain's success, as well as what he thinks Bitcoin needs to succeed in the ... Stocks, Digital securities and thier place in your porfolio - Duration: ... Buying pizza with Bitcoin in Dubai! Bruce Fenton at Pizza - Duration: 77 seconds. Bruce Fenton. 6,977 views; 6 years ago ... Ravencoin Explained with Bruce Fenton and Tron Black - Duration: 1 ... 1929 Stock Market Crash and the Great Depression - Documentary - Duration: 58:36 . TradingCoachUK 933,113 views. 58:36. Bet ...